You are here: Home1 / Featured2 / The Future of the Experimental Music Festival

Dr Paul Rekret, who teaches political theory in the School of Communications and Social Sciences at the University, has recently had an article published on the politics of experimental music for Frieze: https://frieze.com/article/future-experimental-music-festival

In the article, entitled, The Future of the Experimental Music Festival, Dr Rekret takes this year’s Wysing Polyphonic music festival as the starting point.  He states that a recurring theme of the event, which is held annually on the rural grounds of Wysing Arts Centre in Cambridgeshire, was the intersection of electronic and analogue sound.

Dr Rekret also highlights the Festival’s extra-musical aspects, saying, “For the first time in the festival’s decade-long existence, Wysing held panel discussions as part of the day-long event. This echoes a wider tendency in recent years for festivals of experimental music to replicate formulas commonly found on the global art circuit, where curated panels, workshops, installations and exhibitions now often appear alongside music programmes assembled under the banner of some nebulous theme.”

He concludes, “Music’s place in everyday life has shifted in recent years, however, as live venues and nightclubs have been displaced by other modes of music consumption: as an endlessly streamed personal soundscape or as background noise in cafes and bars.”

Dr Rekret is also the author of Derrida and Foucault: Philosophy, Politics, Polemics and Down With Childhood: Pop Music and the Crisis of Innocence.  In addition to Frieze, his work has appeared in the New Inquiry and the Quietus, among others. 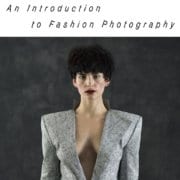 Professor of Politics at Richmond analyses leading philosopher’s legacy in...