You are here: Home1 / Featured2 / ‘The citadel of US democracy shows its limitations’ 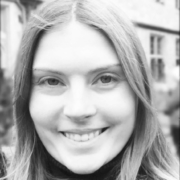 Dr Laura Smith, Adjunct Assistant Professor at Richmond, has recently had an article published in The Washington Post which examines the symbolic importance of the US Capitol building and more specifically, Statuary Hall.

In the article, presidential historian Dr Smith argues, ‘Fixing Statuary Hall can’t fix our democracy by itself, but it could help’.

Dr Smith continues, ‘In many ways, Statuary Hall represents an America that no longer exists…rather than reflecting the good of American democracy, these statues project continued inequalities and lack of representation. While symbolism can only do so much to repair and safeguard democracy, fixing the flaws in Statuary Hall offers an easy way to rededicate ourselves to core values such as equality, representation and fealty to democracy.

The article concludes, ‘Statues may not seem like a priority in the midst of a pandemic, but Statuary Hall has great promise as an embodiment of American values and a testimonial to the heroes of all races, religions and genders, hailing from all 50 states, who fought to make the country a better place and who embraced our core principles. States could even hold competitions or contests, giving residents input into who represents the state in the Hall and encouraging democratic choice and historical literacy.’

‘Updating state statues would not be an example of erasing history but rather a demonstration of the United States in the 21st century, a democratic country that recognizes and celebrates the diversity of its people.’

Dr Smith teaches US History and Politics at the University. Rafal Soborski presents paper at a conference in China The Slovak National Uprising of 1944 explored by Richmond Professor Ideas for staying on track
Scroll to top