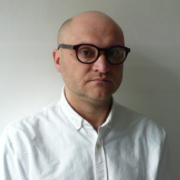 Before joining Richmond Paul Rekret had been a lecturer in political theory at Queen Mary, University of London. He holds a BA in Political Science from the University of Toronto, an MA in Philosophy & Cultural Analysis from the Universiteit van Amsterdam, and a PhD in Politics from Queen Mary, University of London.In order to understand the global politics of contemporary cultures, Paul’s research embraces cultural and political theory and global political economy to interrogate changing relationships between mind and body, thought and world, broadly conceived. This involves exploring questions such as how changing experiences of work might be expressed in art and popular cultures or be experienced in the culture industries themselves. It also entails asking how contemporary technological change might alter historical Eurocentric conceptions of personhood.Paul’s teaching and research is broadly trans-disciplinary, encompassing the intersections of cultural studies, political philosophy, aesthetic theory, and critical political economy and he has published widely, including the journals South Atlantic Quarterly, Theory, Culture & Society, and Constellations, among many others.His forthcoming book Take This Hammer (Goldsmiths/MIT Press), investigates changing representations of labour and leisure in an epoch of economic and environmental crisis. Another forthcoming co-authored book, Monopolated Light and Power, examines contemporary metaphysics of value and light. In earlier books he has surveyed changing cultural politics of childhood (Down With Childhood, Repeater Books 2017) and the relationship of epistemology to political theory in Derrida and Foucault: Philosophy, Politics, Polemics (Rowman & Littlefield, 2018). He is also the editor of George Caffentzis’ book on John Locke’s philosophy of money (Clipped Coins, Pluto Press, 2021) and has co-edited a forthcoming collection of the work of political economist and philosopher Robert Linhart.Paul writes for a range of international publications including Frieze: Arts & Culture, Art Monthly, The Wire Magazine, the Quietus, among others, and he is invited to speak to major international cultural institutions such as CTM/Transmediale (Berlin), BAK (Utrecht), Unsound Festival (Krakow), Tate Liverpool, and elsewhere. His work has featured in the Guardian, the Independent, folha de S. Paolo, BBC Radio 4 and other international press and he has curated programmes of talks and performance based on his research for Cafe Oto (London) and UnionDocs Center for Documentary Arts (New York) as well as produce radio essays around my work for major British independent radio station, ‘Resonance FM’. Paul develops a solidaristic approach to pedagogy that values a range of different styles of contributing to classroom discussion and activities. In particular, he holds a principle of equality that all people are capable of thoughtfully and independently engaging even the most challenging material. In this regard, his aim as a teacher is to reject unduly restrictive conceptions of learning to cultivate a sense of independence, agency, and confidence in students’ ability to critically assess their social existence, not merely within the bounds of the classroom, but throughout their lived experience. This commitment to equality also underlies an argument he develops in his work on the cultural politics of childhood, where he rejects teleological conceptions of development, and holds instead that learning is continuous, should be accessible to all, and have no fixed endpoint. Paul’s work on these questions is widely cited in Education Studies scholarship.

Drawing on his broadly trans-disciplinary research, Paul’s teaching spans across cultural, political and international theory, and research methodology. He has designed modules and courses of study across foundation, undergraduate, and graduate programmes in the UK. He is a Senior Fellow of the Higher Education Academy.

Paul’s approach to pedagogy centers on collaborative practice, as he feels this is the most effective and rewarding strategy for creating impactful work and teaching. He has produced a series of texts, presentations and commissions with an international group of scholars and artists as ‘Le Mardi Gras Listening Collective’. Equally, his book Monopolated Light and Power is co-authored with a group of theorists and artists. In addition, as part of an international research group of artists, scientists and scholars called ‘Amplification//Annihiation’, he has written, curated programmes and given lecture-performances on representations of ecological crisis.