Have you ever wanted to go to Los Angeles and interested in taking your sci-fi and fantasy career to the Hollywood film industry in the USA? If so, then the MA Film: Science Fiction and Fantasy with Los Angeles Study Abroad Spring Semester option is a fantastic opportunity for you!

Spend a semester in Los Angeles with our partner Mount Saint Mary’s University and gain experience in any aspect of filmmaking and production you want to specialise in. Situated in the iconic Hollywood Blvd, Mount Saint Mary’s has state of the art facilities and an extensive selection of science fiction and fantasy courses.

Perfect for anyone that wants to develop their film training while looking to gain an impressive addition to their CV, this London to LA Study Abroad option is designed to complement your studies in London – building up a great network of contacts to help set your career on the right track.

No practical background is necessary for the Hollywood semester classes as students can choose to be enrolled onto the FLM 205 Introduction to Digital Video Production course that will cover basics of camera, lighting, and sound. However, students with previous (and sufficient) background in utilizing production equipment are able to take an alternate advanced class in lieu of the intro class, on a case-by-case basis. All students will be able to check out equipment they have been trained on and/or are able to demonstrate previous mastery.

This Spring programme is perfect for anyone that wants to develop their film training while looking to gain an impressive addition to their CV, this London to LA Study Abroad option is designed to complement your studies in London – building up a great network of contacts to help set your career on the right track.

No practical background is necessary for the Hollywood semester classes as students can choose to be enrolled onto the FLM 205 Introduction to Digital Video Production course that will cover basics of camera, lighting, and sound. However, students with previous (and sufficient) background in utilising production equipment are able to take an alternate advanced class in lieu of the intro class, on a case-by-case basis. All students will be able to check out equipment they have been trained on and/or are able to demonstrate previous mastery.

What you will study

The Los Angeles Study Abroad Spring Semester will take place during your second semester of the Science Fiction and Fantasy MA programme, which means that you will begin your study experience in London in the Fall (from September to December) and then travel over to Los Angeles in the Spring (from January to April).

In the Fall semester in London, you will take the Richmond courses and in the Spring semester in LA, you will take courses in the US that are the equivalent to Richmond’s spring class catalogue (Edutainment Video Essays; Sci-Fi and Fantasy Storytelling; and Visual Cultures).

In the Summer semester, you will then return back to London to complete your final research project or film with an internship, or an extended research dissertation if you prefer.

Course content and delivery can be subject to change. For more detailed information on the programme specification, please find more details here.

At Richmond our postgraduate degree programmes, which are based on the US educational approach, are available as 1 year (full-time) or two year (part-time) options with some programmes offering even more flexibility.

The entry requirements for all postgraduate programmes at Richmond are the same, regardless of your chosen study option, excluding our International Business (MSc) programme

*All other equivalent eligible transfer credits will be determined by Admissions.

For more information on English Language Requirements visit our How to Apply webpage.

Postgraduate tuition fees for students starting their programme this academic year can be found in the table below.

Students who are refused a US Visitor (B) visa will be entitled to take the second semester in London and will be refunded the difference in cost between tuition fees in LA and London.  Fees exclude any visa costs.

Travel and accommodation in LA will be additional. Scholarships are not available for the LA semester. Please contact us for more information, enquiries@richmond.ac.uk.

You can apply for Postgraduate study using our online application form.

Whilst most of our courses do not set an exact deadline for applications, you are advised to apply early to secure your place and organise any sponsorship or funding.

Register for a 1-2-1 consultation with a programme academic >>

Mount Saint Mary’s Hollywood Blvd campus offers an impressive choice of equipment and facilities, including: a 20 Station computer lab, an edit suite with 5.1 surround & colour station, a music production/sound recording and mixing studio with Iso/vocal booth, a creative lab and production shooting stage, all tied together on a high-speed network with central storage. 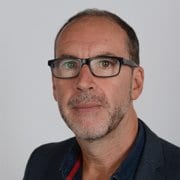 “Science Fiction Film isn’t just about science, fiction or film. It’s also about political and social dream-making. Bellamy’s Looking Backwards (1888) helped to usher in global ideas about nationalisation. The Frankenstein monster became the touchstone for debates about humans playing God. And Star Trek helped to usher in the Space Age. By combining the UK and US, two of the world’s leading educational approaches with film and science fiction experts, this new and exciting MA Film: Science Fiction & Fantasy is the vehicle to launch new imaginative worlds.”
– Professor Dominic Alessio, Professor of History, Vice President of International Programmes